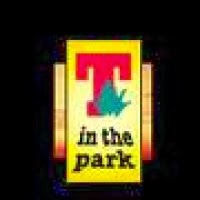 People from all ages were already around the vicinity, waiting to go in once the "green light" is on.  The early birds will catch the best seats, right?

After our dinner, while we were walking to the car park, we could hear the blaring music of the rock concert.  It was fantastic!!  From the place we stood, we could see the people enjoying themselves to the songs and music, many were dancing along to the rhythm, and that includes my brother-in-law as well.  He did the "moonwalking" style like Michael Jackson, only difference was that he has a bigger belly than the legend!  LOL...

Coming back to live concerts, I miss going to one when I was in Scotland.  I heard that the T in the Park Festival is a major Scottish music festival which is held annually and it is one of the biggest concerts held in UK.  This festival can attract up to 85,000 people each day!  There will be one event coming up next year in July and it will be held at the disused Balado airfield, Kinross-shire.  The T in the Park Tickets are on sale now and you can check out their prices anytime from now on.

I have never been to a live concert festival before but I would certainly love to experience it one day.  I am sure it will be a memorable event for the rest of my life! 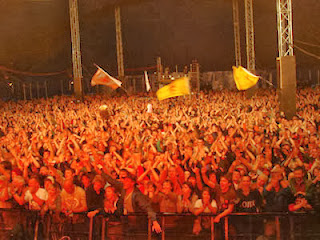