Barcelona The City of Architecture And Food 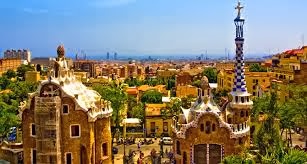 Barcelona is located in Catalonia, a region on the northeastern coast of Spain. The city is known for its architecture, its many cultural landmarks and its food.

Explore the city's architecture
Gaudí's buildings are some of the city's most popular landmarks. Barcelona's symbol is the Sagrada Familia Cathedral, an unfinished cathedral by Gaudí. Visitors can explore the inside of the cathedral, decorated with bony columns and murals. After a tour around the cathedral visitors can climb up two of the towers, which are known for their views towards the city.


In the centric Eixample district, a neighbourhood located near the chic Passeig Gracia, visitors will be able to visit two other buildings designed by Gaudí. The first one is Casa Batlló, a private mansion with a sandstone facade and iron balconies that have the shape of skulls. The other building is Casa Milá, a large building known for its large, wavy facade. After a guided tour around the building, which was built without using any straight lines, visitors can climb up to the roof, which is decorated with chimneys that have the shape of warriors.

The Gothic Quarter is located near Barcelona's historical city center. In this neighbourhood, known for its cobbled, narrow streets and Gothic buildings, visitors will find the Seu Cathedral. The ancient Gothic cathedral is located next to a cloister. This area is filled with hole in the wall bars and restaurants, chic clubs and lounges and trendy vintage shops. 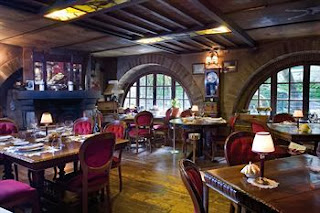 Barcelona offers visitors a wide range of foods. There are many ethnic restaurants in the El Born and Raval neighbourhoods, and near the coast visitors will find many seafood restaurants. Tapas are served in most of the city's bars, and some of the most famous ones are located near El Born. Tapas are local appetizers which are usually served with each drink ordered. Larger versions of tapas are raciones and are usually shared between several people. Typical choices of appetizers include croquetas doughy croquettes with béchamel sauce and ham, grilled asparagus served with thick salt, chipirones fried squid, spicy olives, patatas bravas potatoes served with alioli and a spicy sauce. 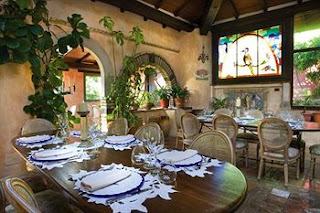 An option for those on a budget who decide to travel to this city for a city break to taste its culinary delicacies are the city's main markets. The main market is located next to Las Ramblas, Barcelona's set of main streets that stretch from Catalonia square to the coast. This market, La Boquería, is known for its colourful stalls filled with fresh juices, local fruit, organic vegetables and a selection of tapas bars, including the popular El Quim. Another main market is Sant Antoni, which is similar to La Boquería and has less crowds.