The Hottest Dance Cities on the Mediterranean

Mykonos is the top Party Island in Greece. You can get here by plane or by yacht, but however you come, be prepared to have the most fun possible, when the Sun goes down. Partying on Mykonos is a 7 days a week of fair, and the best way to make sure that you are always ready is to rent a room on the island. Consider a suite at the Adornos Suites Hotel at Adornosuites.com which sits right on one of Mykonos’ most popular beaches. In between your partying, you can lay on their private beach, and have them delivered Bloody Mary's to you which should help you with your hangover from the previous nights. 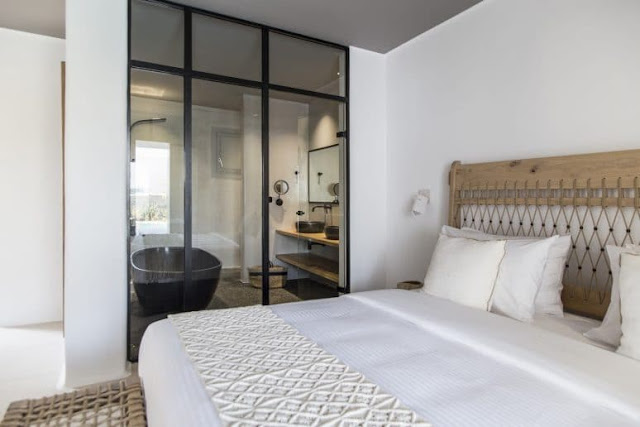 If there is one city famous for all night partying on the Mediterranean, it is the French destination of Saint Tropez. For more decades then we can count, this small City on the sea has been attracting high-end partiers from all over Europe. Saint-Tropez also is a magnet for celebrities, sports stars, and entertainers who come here to gamble, and then hit the discotheques and nightclubs. The lodge entertainment here is some of the best in the world, and there are many private clubs that are invitation-only will you mind fine top entertainers performing on small stages for high-end audiences. It is best to go to San Tropez if you know someone who has access to all the best clubs. If not you might find yourself an outsider, unable to get past the Burley doormen.

Monaco is known as the wealthiest country in the world per capita. The rich and Powerful come here to conduct business in a country that is designed to support the needs of those who can afford to be here. The rich and Powerful come here to work, but they also come here to play. Monaco is known as a party stop 4 the world's wealthiest. There exclusive clubs in the hottest areas of the small nation  that invite the top DJs from Europe oh, America, and Asia to provide the backdrop for locals and visitors coming from the French Riviera want the type of experience only Monaco can offer.

If there are three things that Italians are universally known for, it is their food, their fashion and their love of having fun. There could be many cities on this list if we talked about Italian cities where you can go to have a great night life. But since we are limited to cities in Italy that sit on the Mediterranean, Palermo is the best choice. With a downtown that is so lit up at night, it can rival the sun being up during the day, Palermo is a late night Mecca for partying. Whether you like western music, techno, Italian music, or any of the style that gets the body moving, you can find great clubs in Palermo that play this music well into the night. The city specializes in large dance clubs, so expect to see lots of people and crowded conditions wherever you go in the city.

When you visit one of these cities be sure to make going out at night a part of your stay. Be prepared to dance till dawn and don’t be shy. Let it all hang out.