I Watched Titoudao, Inspired By The True Story Of A Wayang Star

June 04, 2020
NOT IN NEFLIX... unfortunately... this 13 episodes drama series is from Singapore but filmed in Tronoh, Perak.  Recommended by my my son's mother-in-law, she said I must watch this drama, "you will like it"... and I really did!  LOL...

Titoudao is a true life story about a poor kampung girl making it big to becoming a wayang star.  The first five minutes of episode one had me glued to the series till the end.  The main actress is from Kuala Lumpur and the whole drama was in English though it was dubbed in Mandarin as well.

I watched the first few episodes on my laptop, not comfortable because of the small screen and poor colour lightings.  However, getting to the bigger screen on TV, I had a hard time using the remote control to get to the website.  Sweat!  Yeah, I know laptop can connect to the TV but a big hassle for me, still not so tech-smart about that.  Anyway, once I was in, I watched non-stop till the end of the series in one day.  Crazy me! 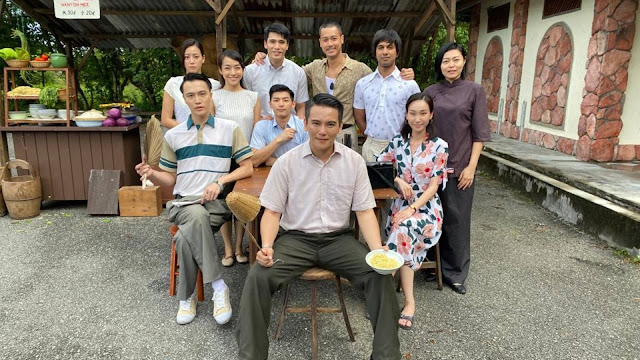 From a poor kampong girl to a shining wayang star, “Titoudao: Inspired By A True Wayang Star” is a series that follows the turbulent and colourful story of a real-life wayang star, Madam Oon Ah Chiam. A celebrated wayang performer who has to take on multiple hardships and challenges in life in order to realize her dreams and find her place in the world. This epic biography also parallels pivotal events in Singapore’s history to showcase how our lives have been transformed over the course of over 50 years. Taking on ever-changing roles in her life, Ah Chiam was brought up in a harsh environment and comes from a poor family of 12 children. Born during the Japanese invasion, her father has always suspected Chiam to be the product of a Japanese soldier’s rape and despised her for that. Having to deal with a mean-spirited father who constantly finds ways to abandon her, Ah Chiam had to prove her worth at a young age in order to convince her father to keep her in the family. After working multiple jobs prove insufficient to earn her stay, Ah Chiam made the ultimate sacrifice of joining the famous Sin Sai Hong wayang troupe along with her sister, Ah Dui.