August 28, 2009
When we had finished our dinner in Sin Hup Kee, an old man and his best buddy arrived at the five foot way of the shop. Andy was facing the outside and he saw what this old uncle did... he sat down slowly, laid out a paper on the floor, tapped the four corners with some stones, put a mug on the floor and spoke softly to his buddy beside him. His buddy also sat quietly beside him, all the while licking the old man's hand which patted his head every now and then.

It was a rare sight, an elderly man with his best friend, doggie... the way he treated his doggie, it was a touching sight, I guess they only have each other for company day and night. We witnessed all this with awe for some minutes before we left. On the way out, Andy asked me for some ringgit change.... I do not have to know what he was thinking... morals has taken its toil... 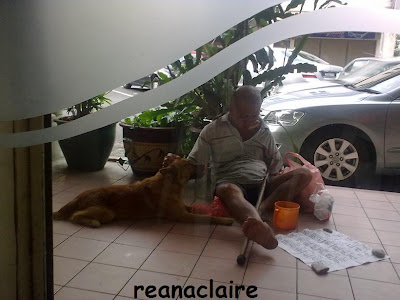 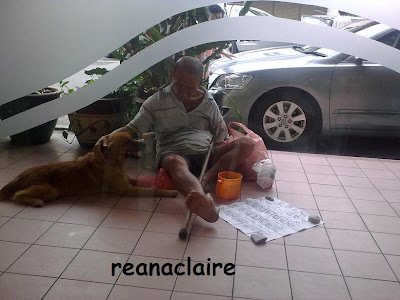