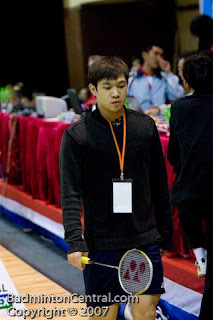 Yes, the men doubles Koo Kien Keat and Tan Boon Heong were defeated by a Japanese men double last night...another upset... it must be a blow for them cos they lost to an unseeded pair.... Now the surviving players are Wong Mew Choo, women's single, Lee Chong Wei, men's single and our uncle's men double players, the veterans known as Choong Tan Fook and Lee Wan Wah.
(a defeated look)
As for me, I was also defeated by a bout of infection, attacking my body system and thus causing me to have high fever last night... The only consolation is that the doctor has given me 2 days off to rest and recuperate...how to rest with this badminton and election fever going on??? I hope I am fit to work during the election day...its too late to look for a replacement at this time....Anyone care to replace me just in case I cant? 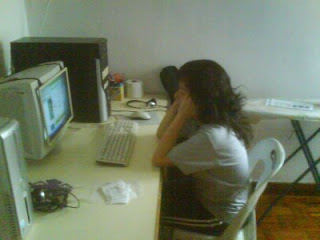