May 31, 2010
The next morning after our breakfast, we went to Hard Rock Hotel, to see the beaches. Actually planned to go there the evening before but due to the Wesak procession, the roads were all jammed up. We were leaving on the next day so before we did, we went to have our "suntan."

When we reached the hotel, we were taken aback... the hotel was so boisterous, too many people in fact, at the lobby, around the hotel... everywhere. It was no more fun, in fact, it was too "public." All of us did not like it... we just walked around and then we left after our "suntan." 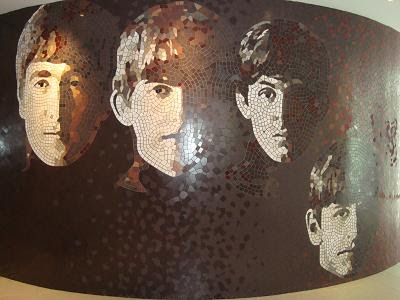 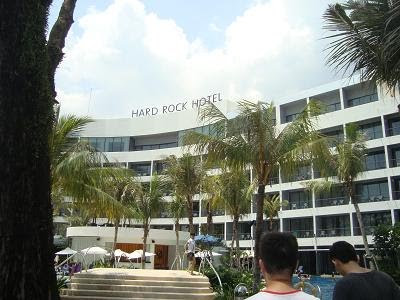 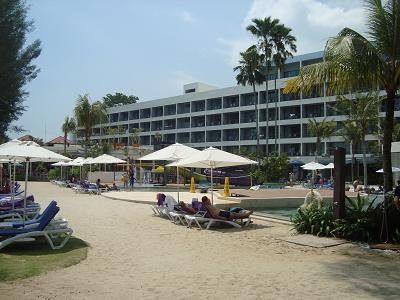 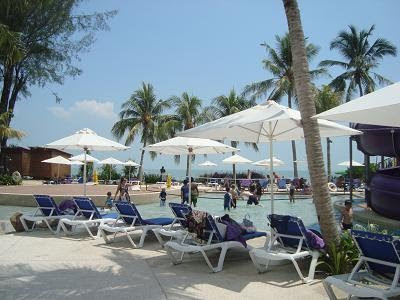 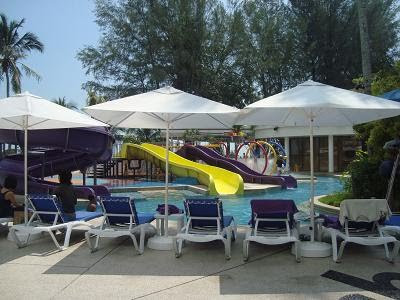 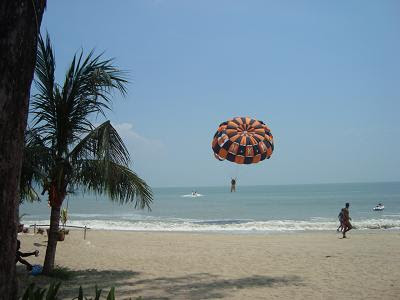 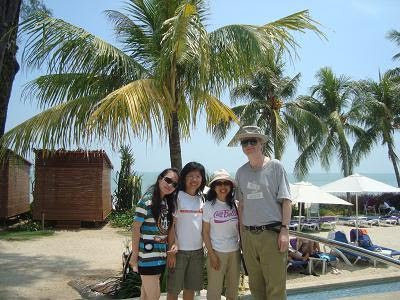 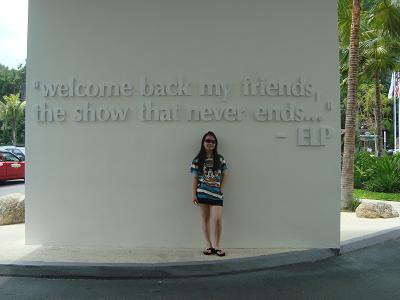 yes, the show that never ends in Hard Rock...
This hotel is more suitable for family and youngters...

June 02, 2020
FAILED THIS TIME..... I don't know why, I follow exactly the ingredients and the method written in her website but it was not successful.  Something went wrong somewhere but I don't think I want to try it again.  This recipe is called Mini Egg Cake which is supposed to be soft, airy, light sponge cake but the way I made them, they turned out hard and crusty cake.   If I try again one day, I will half the portion... cos I like to eat these traditional egg cakes.... The Ingredients...  No point putting the recipe here since I failed..  LOL...  The portions of this recipe....  It looked very promising when I put them into the oven.... Even when they were in the baking process... they look good, aren't they? LOL...  I was so happy just by looking at the mini egg cakes in the tray....  And after they were let out... my heart sank....  The minute I took them out from the tray, I knew... Hard at the top...  Tak Jadi = Failed.... Now come to t
12 comments
Read more

April 08, 2021
GETTING HEALED AGAIN... this time four of us went to August Healing for other sweet and savoury delights.  This time when we went up to the little cafe, the tables were all occupied except for one.  Next time we must not go during lunch time.  Mistake....  Anyway, we managed to get a table near the window while waiting for another two of my friends to arrive.  First time visit for them and I hope they like the food there as much as I like them.  We ordered three different varieties to share as we had a heavy breakfast in the morning....  Which shall I choose? Berries bread pudding today....  Forgot what this is called....  Garlic honey scones...  Coffee for my friends.... As for me, I had Chamomile tea....  We ordered one croissant to share.... Smoked duck and omelette fillings... Full to the brim... RM15....  Quiche again.... different fillings this time... RM15 And a Happy Birthday piece of cheese cake... RM14.. Though just a few varieties, we were very full.... For dinner, I just ha
3 comments
Read more