6 Food Tips for Your Baltimore Vacation

August 12, 2014
Baltimore has quietly developed a reputation for its première restaurants and breweries in recent years. These five food tips for your Baltimore vacation will guide through a tour of the city's pub fare and elegant dining options.

CHOW DOWN IN FRANKLINTOWN
Historic Franklintown lies just west of the main city center area and offers vacationers a nice variety of shops, boutiques and most importantly places to eat. From the home cooked goodness of Kimmy’s Restaurant on Edmondson Ave to the self-touting Immaculate Cuisine restaurant on St. Agnes, city-goers have plenty of variety to choose from. Also, be sure to taste the lake trout as it’s considered a beloved Baltimore City delicacy! Stop by this district first when checking out Baltimore hotels online and planning your trip. Just don’t expect to leave with an empty stomach.

Tax hikes and zoning restrictions pushed many of Baltimore's iconic brewers outside the Inner Harbor, but several award-winning stops still survive. The Brewer's Art on Charles Street is one of the top 100 beer bars in America, according to Draft Magazine. Try the sourdough-stuffed quail or the crispy Duroc pork belly while sipping any number of house beers brewed on site. If you're going to the National Aquarium, stop for lunch at The Pratt Street Ale House (formerly The Wharf Rat) for panko blue crab cakes or crab mac 'N' cheese. 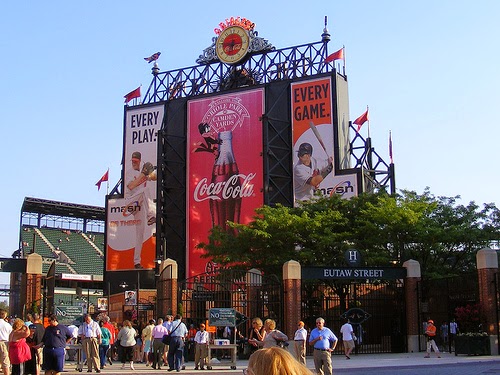 Image via Flickr from Paul Simpson
If the Orioles are playing, you'd better carve out a few hours of vacation time to see a game. What happens on the field is marginally more important than the attractive food options around the ballpark. Boog's Barbecue at the Eutaw Street entrance, named for former Oriole's first baseman Boog Powell, is a fan staple. Long lines just before the first pitch are routine, so get there early if you don't want to wait. A pit beef, pork, or turkey sandwich (smoked on site) with coleslaw and baked beans sides costs in the $15 to $20 range, but the product is worth the price.

The tiny neighborhood of Fell's Point is home to some of Baltimore's most popular dining destinations. The Zagat rated Thames Oyster House offers a raw bar, handmade cocktails, and an uninterrupted view of the Inner Harbor. The Waterfront Kitchen has upscale American cuisine and an open-air deck that locals can't resist during the summer months. Their locally sourced menus change with the season so make sure you check it out before you reserve your table. 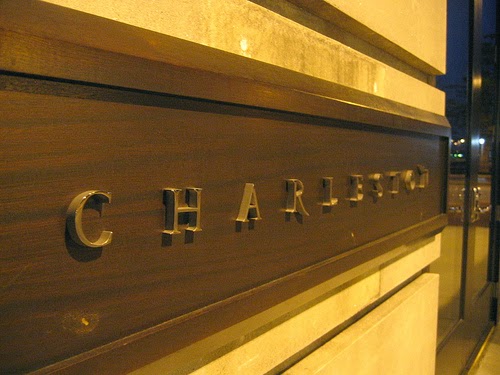 Image via Flickr from Yakuza Monkey
Plan to spend at least one evening dining at one of high-end restaurants in Harbor East. Located one block northwest of Fell's Point, the area has some of the city's best-reviewed places, including Charleston. Opened in 1997, this harbor-adjacent locale is an Open Table Diner's Choice winner for 2014. If Japanese is more your style, reserve a table at Pabu. Located in the Four Seasons Hotel, menu items emphasize balance and precision. Interested in warm or cold sake to go with your meal? Just ask the sake sommelier for a recommendation.

Author Bio:
Jonathan Lister is a published author and Baltimore native. His latest novel, Bullet: a Demos City Novel, is available wherever books are sold through J Taylor Publishing.