Cadiz And The Beaches Of The South Of Spain

September 05, 2014
Cádiz is an historical city located in the province of the same name in Andalusia, a region in the south of Spain. The area is known for its pristine, sandy beaches and its historical towns.

The city of Cádiz is located on the coast of the Atlantic Ocean. This city has many cultural landmarks, the most famous of which is the Cathedral. There are many terrace bars, cafés and restaurants near the cathedral square.

If you choose to visit the area, then you will find many historical towns and seaside resorts peppered along the coast of the Mediterranean Sea and the Atlantic Ocean. Two of the most famous ones are Puerto de Santa María, known for its cobblestone streets that lead to an ancient castle, and Algeciras, a windy city with white washed buildings on the coast. 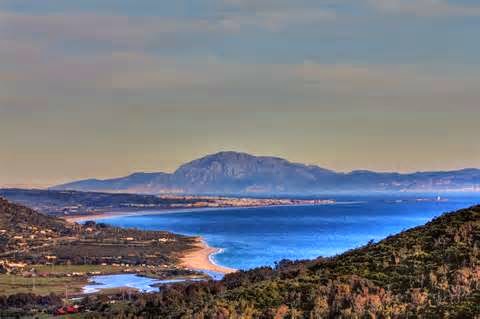 Do not miss the coastal town of Tarifa, which is known for its beaches and its historical city center. The town center is filled with low, stone buildings decorated with colourful flowers. At night, the town becomes a popular meeting place for windsurfers, who fill the bars and restaurants before heading to one of the many clubs and discos located in the area.

The White Villages are a set of traditional villages located in the mountains of the province of Cádiz. They are known for their whitewashed houses decorated with colourful flowers. Arcos de la Frontera is one the most famous villages, located on a hill. Ubrique is another place worth visiting, being the birthplace of many bullfighters and having been recently declared Property of Cultural Interest.

Relax on the beaches

There are many blue-flag beaches in the province of Cádiz. La Cachucha beach is the urban beach located in the Bay of Cadiz, close to the historical landmarks the city is famous for. In the traditional town of Chiclana de la Frontera you will find La Barrosa, a clean beach with golden sands.

If you are into kitesurf and windsurf, then the sporty beach of Tarifa is your ideal choice. There is a camping and many hotels next to the beach, which is considered to be one of the province’s most clean beaches. 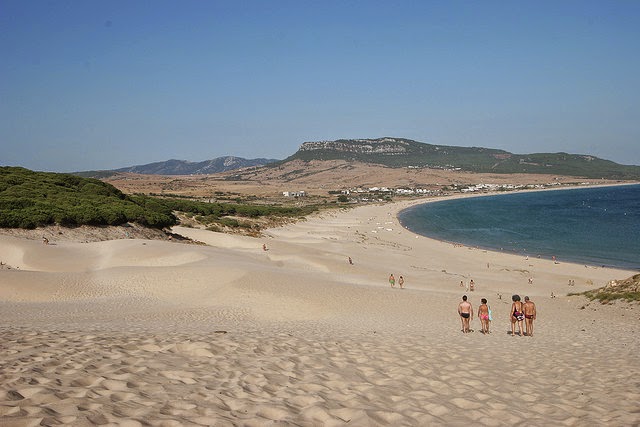 The nearby Bolonia beach is known for its beach bars and restaurants, located in wooden huts next to the sea. This beach offers a variety of water sports and a separate bathing area. North of the Bolonia Bay you will find a several ancient Roman ruins and a set of natural dunes overlooking the blue waters. Another beach one must visit is Zahara de los Atunes, known for its stretches of golden sands and turquoise waters. The African continent can bee seen from these beaches on a clear day, all of which are located in the southern tip of the peninsula.
Well, I love beaches and looking at these pictures, it reminded me of my own beach holiday I had last year.   One day I would love to go again for beach vacations and hope it will be soon!