February 06, 2016
The world of sports just never seems to stay the same - and that’s no problem. Sports are constantly changing and evolving, and new ones are cropping up all the time. This is good news for anyone who might occasionally feel like a change from football. But what are the best little-known sports out there today? To help compare them, we’ve compiled a list of the ten best sports you’ve never tried. If you’re wondering what to pick up next, have a look at this for some inspiration. You never know - get into one of these sports early on, and  you just might become the world champion. And maybe before anyone else has even heard of the game! 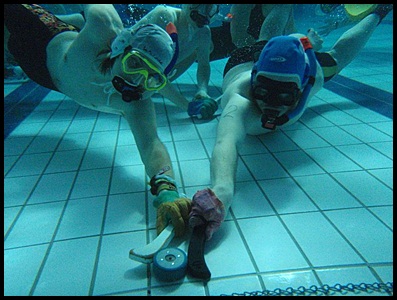 Underwater Hockey
Underwater hockey has been around for a few years now, and it’s gaining a fair reputation. However, it is still largely unknown across the globe. This sport is pretty much exactly what it sounds like; hockey, but underwater. While ice hockey is believed to be the fastest sport on ground, underwater hockey is understandably a hell of a lot slower. But that doesn’t make it any less fun. Moving the puck around on the floor in a pool is no easy task!

Segway Polo
So, we all know what a Segway is, and we all (kind of) know about polo. Segway polo is pretty much what it sounds like. While in regular polo, the players ride around on horses of different kinds, in this game, everybody uses a Segway. The main advantage to this seems to be that nobody has an unfair advantage over anyone else. An update on a game which makes it fairer - beautiful!

Street Luge
Street Luge is fairly dated now, but still not many people have heard of it. Even those who have heard of it don’t seem to know that much about it. Street luge is a little bit like the bobsled. The main difference is that, instead of on ice, it is played on asphalt or concrete. And instead of a whole team of people, everyone plays individually on their own, considerably smaller board. If you enjoy lying on your stomach, rolling down a hill as fast as possible, then this might be the game for you.

Pickleball
One of the cleverest sports to appear in the last hundred years is pickleball. Pickleball is the latest addition to the realm of racquet sports. It combines lots of different aspects of lots of different sports. In pickleball, you will see remnants of badminton, tennis and table tennis all rolled into one. Despite being invented all the way back in 1965, pickleball still hasn’t gained worldwide fame. However, there is talk of the sport being included in the 2020 Olympics, so fans haven’t given up on it yet!

Paddle Boarding
This sport, also known as ‘paddle surfing’, is just about the most fun you can have on water. The origins of paddle boarding can be traced back to Polynesia and Hawaii. Like all the best sports, it is deceptive - it looks simple, but, in fact, it is far from easy! In paddle boarding, you stand on a board a little like a surfboard and move through the water using - you guessed it - a paddle. Those who are in the know with this one say that it is just about the best workout a person can have in the water. That’s a definite selling point!

Roller Derby
This is often cited as one of the fastest-growing sports in the world today. And there is a very good reason for that - it is a hell of a lot of fun! Roller derby is played on an oval track with five skaters on each team. It is known for being dominated by female athletes - women of all shapes and sizes across the globe play the sport. And the attitude is not to be messed with! Put simply, one of the most badass sports around. 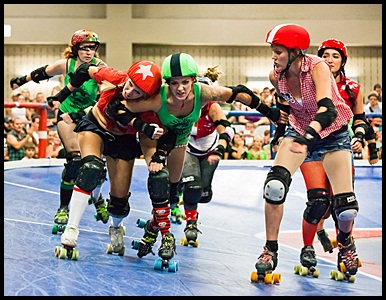 Canyoning
Canyoning might just be the ultimate in all outdoor activities, let alone just the world of sports. In short, canyoning involves making your way through a canyon using whatever skills you naturally happen to possess. Certain attributes will get you far with this one. The more multi-skilled you are, the better. The best canyon-ers are those who have great ability in jumping, scaling, swimming and abseiling. Or really just about anything. And what’s more - the stronger you are, the better, making this a real man’s sport!

Bossaball
Bossaball is also known as trampoline volleyball - and that phrase alone pretty much says it all. Invented in Spain as recently as 2004, it has already gathered some pretty wide attention the world over. It includes elements from a few different sports, not just volleyball. Fans say that there are some aspects of soccer, and even a little bit of gymnastics thrown in for good measure. It is easy to see why bossaball is becoming so popular. The trampolines alone are enough to make this sport a definite spectacle for the crowds.

Skijoring
Now for what must be one of the weirdest sports in the history of the world. Skijoring has been described as part skiing, part sledding, part dog-walking! That’s certainly quite the combination, and that is why this is such a unique sport. This is a great one for any true-blue dog lovers out there. Both the human and the dog wear a harness, so it is safe for everyone. And, according to those in the know, it is gaining popularity year by year. For those with a love of skiing and dogs, you can’t say any fairer.

Wakeskating
Finally, we have wakeskating. This one looks like a huge amount of fun! In wakeskating, you are tethered to a boat with a wakeskate underneath you. What’s a wakeskate? Well, it’s a lot like a board, except it can be made of either fibre or wood. The important thing is to do as many tricks as you can. In terms of sheer thrills, this sport might be the one to try this year. 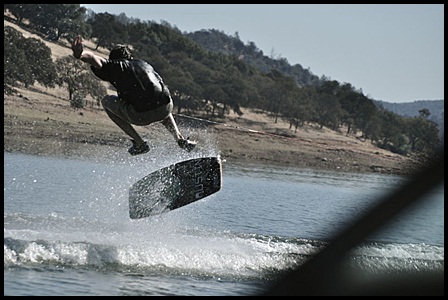