Red Vs. Blue - Where to Vacation?

May 20, 2017
Vacationing is a vital part of American culture. We live in a time in which our country is polarized by politics and no one is feeling certain about what will happen next for them. In order to combat those feelings of uncertainty, I am encouraging you to consider taking a double stop vacation in polar opposite states. A red state and then a blue state. It will be a chance to be open to your experiences and try to find that common ground so that we are not so polarized and feeling like we don’t fit in anywhere.

What are the Red and Blue States?
A red state is defined as one in which the majority voted Republican in the most recent elections. Red states include:
·  Texas
·  Georgia
·  Alabama
·  South Carolina
·  Louisiana
·  Arkansas
·  Arizona
·  And more!
A blue state is defined as one in which the majority voted Democrat in the most recent elections. Blue states include:
·  New York
·  California
·  Pennsylvania
·  Vermont
·  Maine
·  Minnesota
·  Washington
·  Oregon
· And more!
Where Should I Go?
Ultimately, it’s up to you. Many people opt for their blue state stop to be California, so they can visit West Hollywood and other culturally iconic areas of the Golden State. If that is on your bucket list, you should include that in your plan. I am going to talk today about what I think of as the most polarizing, New York and Texas. Although I am not a fan of stereotypes, telling anyone you are going to visit New York and Texas is going to cause a little shock and lots of questions on why you would do that kind of vacation.
New York Means the City, Right?
While New York City is the most popular tourist attraction in New York State, I am not going to recommend you travel only to the Big Apple. New York is a lot more than the city that never sleeps, as fascinating as NYC might be. It’s a great disservice to ignore some of what the rest of the state has to offer!
So, what do I recommend? Let’s start with Niagara Falls, one of the natural wonders in our country that attracts millions of visitors each year. You can easily walk the walkways over the falls or take a sightseeing boat to the base. It is an impressive natural wonder to behold and no one should miss out on that!
Another recommendation is the Finger Lakes region. Here you can enjoy some local wines and lots of gorgeous hiking trails. This was once Iroquois land and was named Finger Lakes based on legend that said the lakes were formed by the fingers of the Great Spirit. This has become quite the destination in the summer and you are sure to find some local hot spots to get to know your blue neighbors!
There is a vast state to enjoy and plenty to do, all it takes is a little looking around outside the city! 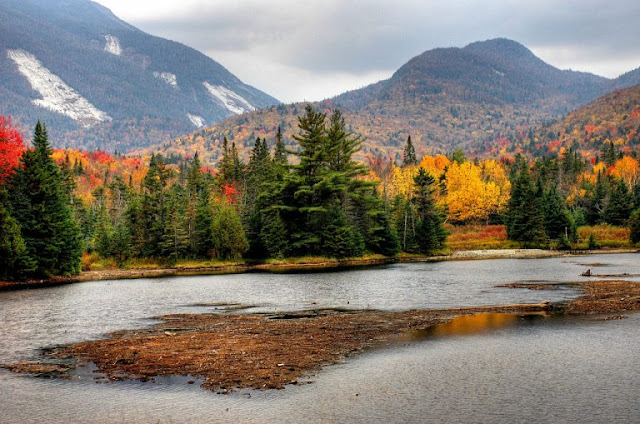 Texas Is Just a Place for Horses.
Texas is known for a place that is hot, has horses, and has a lot of southerners. Those are all true, but there is more to Texas than many realize. Waco, Texas has had an unfortunate history in the past but don’t let that overshadow what you think of the area. There is plenty to do and see and understand why Texans love their home so much. Take for instance, the Dr. Pepper Museum. Whether you love Dr. Pepper or love history, this will surely be a fun afternoon. The museum is not owned by the Dr. Pepper Snapple Group but a non-profit organization. You can learn more about the history of Dr. Pepper and its place in southern culture.
Don’t forget the Alamo! In San Antonio, you can stop and learn more about the most famous battle that should not have been won by the Texans. This is a bit of history that, in some areas of the country, are not being taught as much. This is a definite stop to make!
Travel to the US is seeing a drop from those outside the country. It is up to us Americans to not only travel within our own country, but to connect with one another and come back together!

November 04, 2022
A THREE HOURS CITY TOUR when we embarked in Mexico on the second morning.   My sister booked the three hours city tour in Ensenada, Mexico, a van came to pick us up from the port.  Ensenada is the border of Mexico and it reminds me of Hatyai, a border town too between Malaysia and Thailand.  We were taken to a shopping area where we must haggle for the goods.  LOL.. Yes, something common in my own country... Anyway, we did not buy anything for ourselves... just a wooden handmade truck for my grandson which cost $8usd.   Nothing much to shout about on this three hours excursion, I was so sleepy on the way back to the ship that I dozed off and only awaken when we were driven through the town.  All in all, I just wanted to step onto Mexican soil and I would give this a miss if I were to go on this Mexico cruise again.  LOL... At the open area shopping walking towards the Blowhole... This is La Bufadora Blowhole, an amazing natural marine geyser that is capable of shooting water over 60 fe
4 comments
Read more