Chip-tuning: what is good, and what is bad

February 21, 2018
The concept of chip-tuning entered the markets after the cars became completely controlled by electronics. We are smoking electronic cigarettes or vapes and reading e-books now, so, the cars aren’t an exception. Why not ride an electronic car like ford fusion, for instance? Anyway, many people are interested in chip tuning, because it allows changing the character of even the most modest car.
Let's start with the definition. What is this notorious chip-tuning? In other words, this change in the modes of the electrical controllers by correcting internal control programs. Typically, this type of tuning involves making changes to the ECU (Engine Control Unit) - the engine control unit - and is used to increase the power of the power unit. But this is not all that the chip master can promise you.
The question arises if the automakers cannot produce more powerful cars so that car owners do not have to resort to chip-tuning afterwards? Naturally, no. The fact is that companies that manufacture cars, have their own reasons for the engines not to work at full capacity. For example, the engine is often "jammed" in order to reduce the emission of carbon dioxide, thereby minimizing the "eco-tax".
What motors can be "chipped"?
If you are the owner of a “steel horse” in whose broad chest beats the atmospheric heart, you’d better give up the idea of increasing its power. The reason for such a non-optimistic recommendation lies in the fact that in the case of atmospheric engines, the increase in power by "chipping" can only be 3-7%.
But if the diesel engine “growls” under the hood, then you can count on the fact that the master will squeeze out of it an additional 25, or even 50 percent.
What is the process of "chipping"?
The car is driven to the stand to check the power and the mapping is carried out - specialists are looking for in the factory programs the data that are responsible for the engine. After that, the experts make their own adjustments, based on how large the number of regulatory parameters is. In the case of simple motors, this is the fuel delivery time and the ignition timing. Complex aggregates, for example, BMW engines, are still puzzled by the angle of the change in the timing, the height of the valves and the variable length of the intake manifold.
The complexity of chip-tuning is that the motor control unit is pretty closely related to other systems and blocks. And if you make adjustments to the ECU, then, most likely, you will need to adjust the gearbox.
The advantages of chip tuning
Before we start talking about all the pros and cons of chip tuning, we must say that all of the following points can be considered purely subjective.
Chip tuning can please the car owner by improving dynamics, saving fuel, eliminating engine "jams" and "dips", increasing the responsiveness of the gas pedal, correcting program errors and correcting the characteristics of the engine in your dodge challenger or Toyota cruiser. In general, a lot to talk about the advantages of chip-tuning does not make sense, because they are obvious. 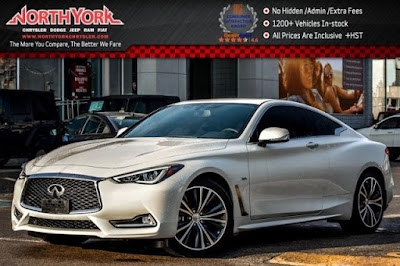 To conduct chip-tuning or not is your own business. But it should be remembered that such changes only increase the driver's potential. The resource of the engine depends primarily not on the settings, but on the driving style and operating conditions. The main thing is competent and careful attitude to the car.