5 Things to Do During Your Trip to Virginia


Virginia is one of America’s most historic states and helps make up the thirteen original colonies, so it’s a place everyone should visit at least once in their lifetime. From the famous sites and historic landmarks to the flourishing cuisine, there is something for everyone – no matter what you’re interested in. You won’t be short of attractions to see and things to do in Virginia, but here are five unmissable items for your itinerary.

Whether or not you’re interested in American history, you’ll want to go back in time to the historic district in Williamsburg, if only for the beauty of the reconstructed architecture. Colonial Williamsburg is a living-history museum standing as an interpretation of a colonial American city. The exhibit contains dozens of restored and recreated buildings, costumed actors reliving the eve of the American Revolutionary War, and the famous Governor’s Palace. Colonial Williamsburg is one of the largest history projects in the nation and a popular tourist attraction. It is also part of the Historic Triangle of Virginia, which includes Jamestown and Yorktown, all of which are linked by the Colonial Parkway. 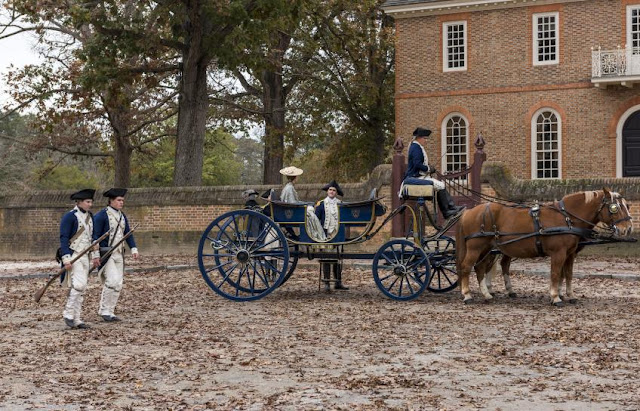 If you’re travelling by car, you won’t want to miss the Skyline Drive, a 105-mile stretch of road that runs the entire length of Shenandoah National Park in the Blue Ridge Mountains of Virginia. If you don’t want to drive, you can also view the stunning skyline on horseback or by cycling the trail. Bear in mind that the Skyline Drive is usually busiest in fall, when people come out to see the wildlife (including deer, black bears and turkeys) and go leaf peeping – the popular pastime that consists of spotting fall foliage. The road is often closed in the winter due to ice and storms.

Escape rooms are popping up all over the world at the moment, and there are usually several in major U.S. cities. If you like the sound of cracking codes, solving clues and working through puzzles to break out of a fictional “locked room”, then book an Escape Room Richmond. You can play with friends, as a couple or with a group of strangers, and you can explore Richmond, a thriving city in Virginia’s capital, while you’re there.

Another Williamsburg attraction, Busch Gardens is a Europe-themed amusement park with rides, roller coasters and SeaWorld entertainment. Touted as the world’s most beautiful theme park, Busch Gardens has a delightfully green, leafy atmosphere. There are plenty of events and attractions for kids, as well as water rides, baby-friendly play areas and delicious eateries for the whole family.

If you love the great outdoors, Shenandoah National Park is a must-see. Stretching along the Blue Ridge Mountains, the forested park is home to wetlands, waterfalls, rocky peaks and many endangered species including the elusive black bear. The park has over 500 miles of trails, including a 101-mile section of the famous Appalachian Trail, so it is a haven for hikers as well all-round nature lovers.