July 06, 2018
There are many things that could be classed as a drivers worst nightmare, so this list could go on for absolutely ages. The more time you spend behind the wheel, the more you’re putting yourself and others at risk, even if you think you’re a perfect driver. Because with experience, comes frustration, and frustration leads to anger. When you’ve got an angry driver at the wheel, accidents are bound to happen. But, it isn’t just drivers anger that can cause a problem, there are many other nightmares that can quickly become true on the road. We want to talk to you about some of them today, so that we can help to protect you on the roads. Have a read of the nightmares we’re going to list below, and if you can protect yourself from them. 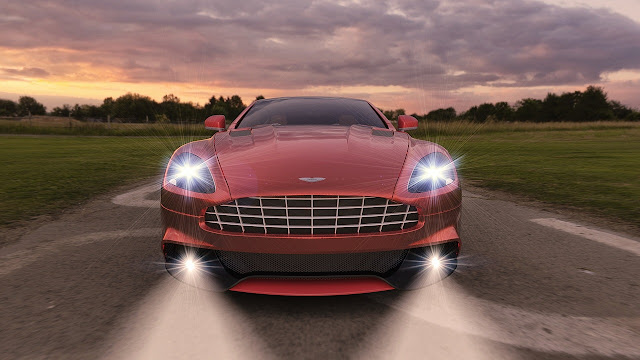 Accidents are bound to happen. There are thousands that happens every single day around the world. The number of fatalities from accidents is also on the rise, mainly due to the amount of cars that are now on the road. As the roads are getting busier, anger rises, and mistakes are made. It’s not just that, there are so many reckless drivers out there who are speeding around, driving under the influence, or driving without even having a license. So, even if you are the most perfect driver, it doesn’t necessarily mean that you’re going to be safe. A car injury is one of the worst to have as well. It all depends on what speed the crash happened at, who was involved, and where the car hit into yours. If it hits you head on, it’s going straight for the crumple zone, which effectively means you are going to be safer than if it hit you side on. Going side on means there’s hardly any protection, and that car could crumple right into you if it hits the drivers side. If you know it’s not your fault, you should always get in touch to try and claim. For one, you’ll need to have the car repaired through their insurance, and you’ll need to claim for any injury caused if there was one. If it was your fault, then you can expect a nightmare coming your way, and a very expensive insurance premium next time around!

So, picture this, you’re driving along happy as Larry, when all of the sudden your car loses complete power, and you’re on the motorway. It’s literally a drivers worst nightmare, because they always happen at the most inconvenient time. It won’t happen when you’re casually about to leave your home to go to the shops. A breakdown is going to cost money, no matter how big or small it is. What we would advise is that you take some money out of your pay packet each month, and put it into your savings. That way, you’ll have some money built up over the months that you can easily fall back on when your car requires. Always make sure you’re getting the problem fixed as soon as possible as well. Keeping your car off the road and paying insurance is more expensive that actually getting it fixed, by then it would be advisable to sell the car online.

Fines are only going to happen if you’re doing something wrong, so we would highly recommend that you always stay on top of your game when driving. The most common fine to receive is obviously by speeding, which we know a lot of you will do on a daily basis. Speeding achieves nothing, other than getting you to where you need to be slightly quicker than if you were to go at the required speed limit. Not only are you putting yourself in danger of crashing, and getting a fine, you’re also putting the life of the people around you at risk. You’re so much more likely to lose control of your car if you’re travelling at high speeds, so always stick to the limit!

Long journey’s might not come around often, but when they do they really are a pain in the bum. Sitting behind the wheel for hours on end, just watching the cars and the scenery go by. By the time you get off the motorway and to the town you need to be in, you’re so tired and irritated that the directions you need to follow are infuriating. To make a long journey easier, take it in the morning when you’re nice and refreshed from the morning before. Then, make sure that you’re always having regular breaks throughout the journey to allow you to stretch your legs a little.