June 19, 2011
Badminton Singapore Open finals is going on now... the fans in the stadium had a great disappointment when they found out that Lin Dan and Chen Jin decided not to play against each other in the singles finals a moment ago.

Much "boo-ing" and outcry from the crowd was heard even when Lin Dan came out to the crowd to explain that he cannot play due to an injury... (sounds very familiar) and the crowd knew that it was just another excuse?

Well, I cannot vouch for that... but I know this is the 4th time Lin Dan "walked over" and only when he had to play against his own compatriot in the finals.... what do you say? 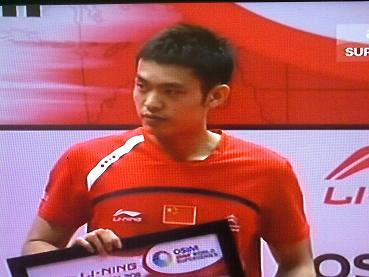 Lin Dan - unpopular in Singapore a moment ago.... 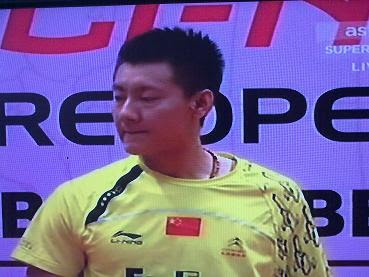 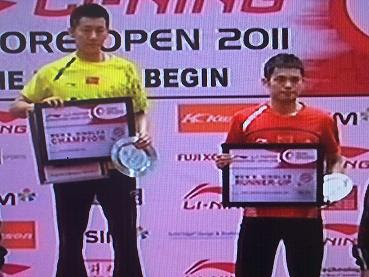 Chen Jin and Lin Dan
to smile or not to smile..
getting prizes for not playing..
a Great disappointment to the fans in the stadium..